Supplier of the Year 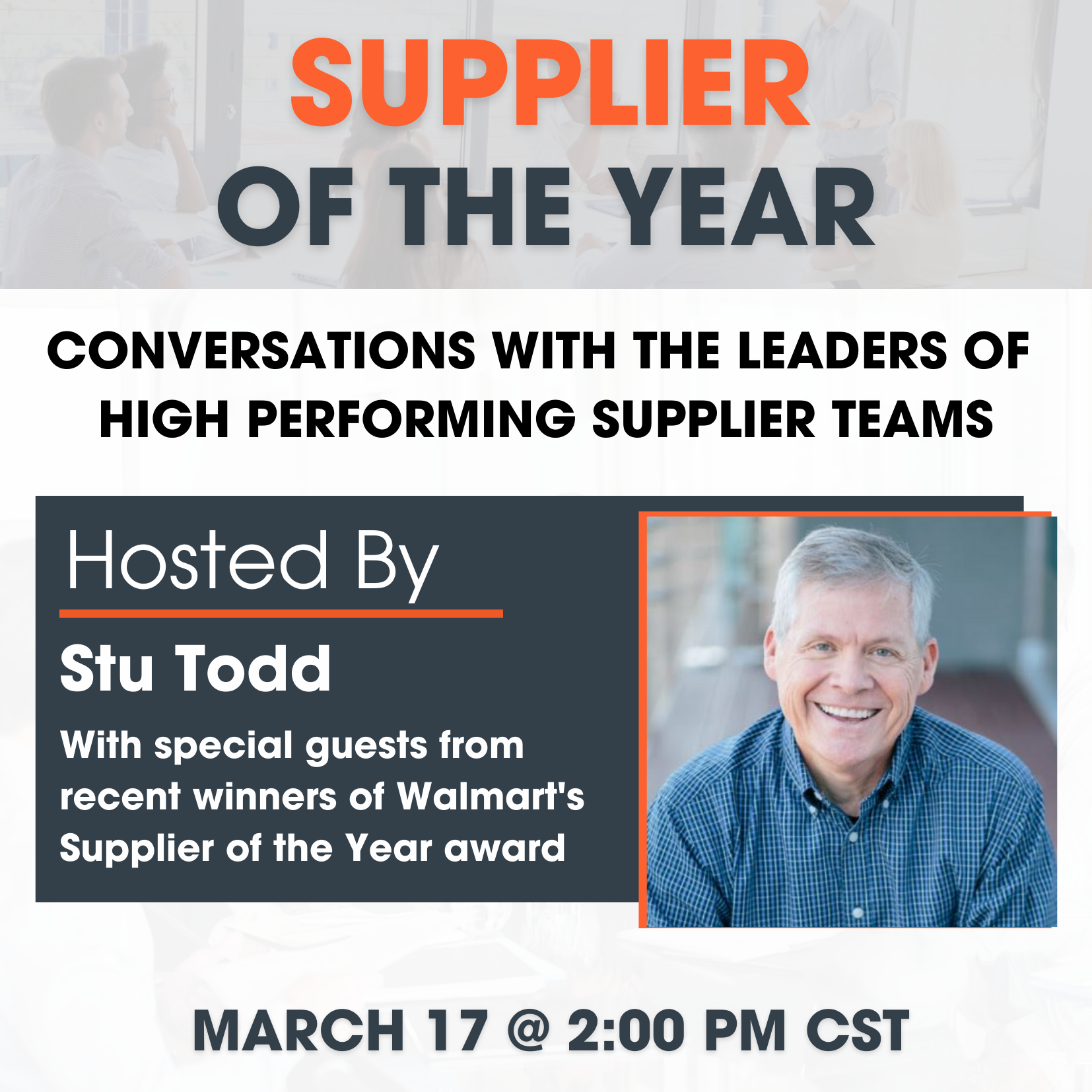 Have you ever seen a Walmart or Sam’s Club supplier team being recognized onstage as a “Supplier of the Year” and wondered what makes them so special? Yeah, us, too.

So we asked them. A lot of them. And you know what? They told us.

Your host for this session will be Stu Todd, who served as a cavalry officer under General Norman Schwarzkopf in the US Army, and who started his 30 year career in CPG at Procter & Gamble. Stu has since served in leadership roles for a number of Walmart supplier teams, including Johnson & Johnson, Universal Studios, and World Kitchen.